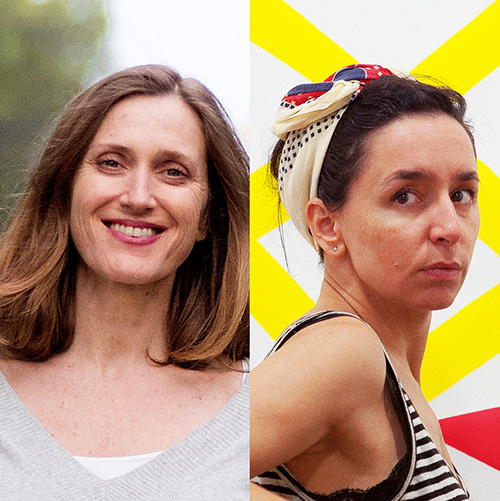 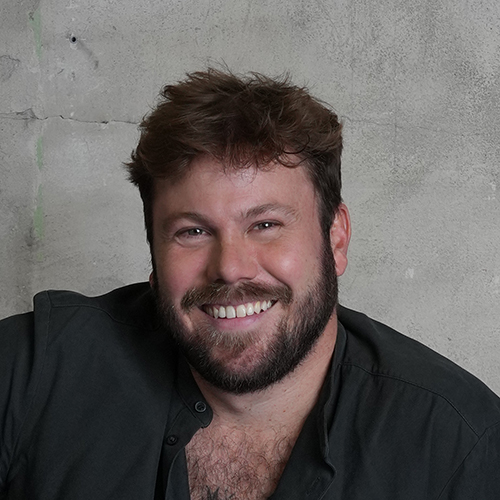 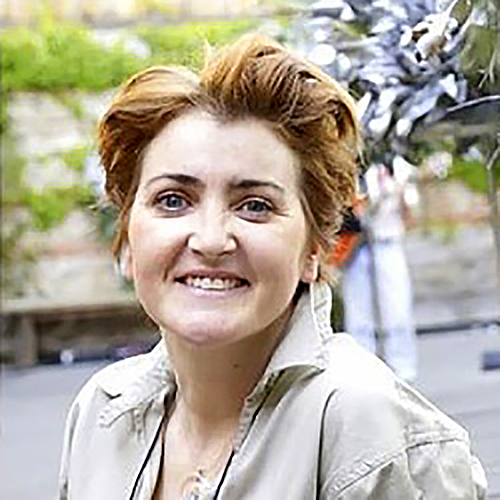 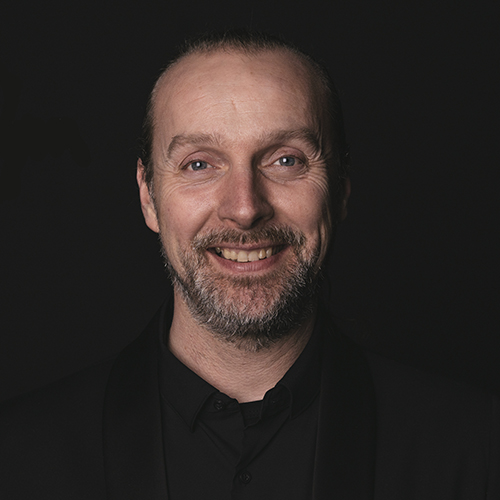 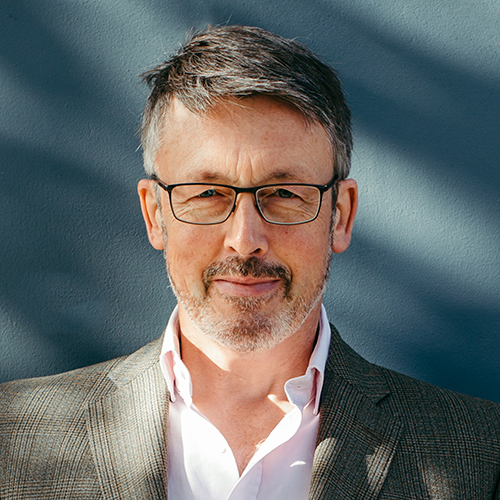 Madrid, 1966. Inés Urquijo has been working in the landscape design and floral decoration field since 1990, long before the floristry sector even dreamt of reaping the attention it currently draws. Her flower workshop creates all kinds of assemblies and projects stamped with her personal hallmark, in compositions that are natural and wild, using structures that are often themselves made of elements taken from nature, and paying special attention to respect for the environment. She grows her own flowers in a traditional, sustainable manner, and her garden, known as Huerto de Pomona, produces unique, off-the-beaten-path, local and natural flowers, which she uses in special compositions, bridal bouquets or simply as a distinctive element in her work.
This personal style has led her to be included in floral events like Chelsea in Bloom and to collaborate with institutions such as the Thyssen-Bornemisza and Prado museums or Teatro Real de Madrid. Labels like Valentino, Chanel, Chaumet and Salvatore Ferragamo rely on her work, and she also designed the floral installations on Paseo del Prado in Madrid for the wedding of the Prince and Princess of Asturias.

Madrid, 1974. Nuria Morais a contemporary artist who is one of the forerunners of the Post-Graffiti current, although her work is not easily categorised, as she is constantly open to reinvention, to trying out new materials and confounding the viewer. Mora’s work can be found everywhere from the walls of a museum to an advertising space on the busiest street of the city centre, at a high-end art gallery or on the walls of a neighbourhood building. She works shapes and organic and geometric elements into public spaces and their furnishings in a constructive, non-invasive way.

Surprise and disorientation are part of her poetic language. Everything she touches has a hint of something breaking open to reveal the beauty inside. Journalist Carlos Risco uses a precise floral metaphor to explain it: “Nuria’s explosions are miraculous in this way because they are an earthly spectacle that bursts open to bring forth calm, like beautiful wet flowers after the storm”. Her work has been exhibited in galleries and museums around the world such as the Tate Modern (London), Fundación Joan Miró (Barcelona), Le Pilori (Niort, France) and the Johannesburg Contemporary Art Gallery. She is also a member of the group called “Equipo Plástico”, along with SixeArt, Eltono & Nano4814.

Inés Urquijo and Nuria Mora will combine their visions of contemporary and floral art in FLORA 2021.

TABLEAU is not merely the most contemporary floristry proposal to be seen at FLORA this year: this cross-disciplinary studio based in the heart of Copenhagen is also an art gallery, design studio and concept store. Established just over 3 years ago by the experienced florist Julius Værnes Iversen –who immediately brought the architectural and graphic skills of Katrine Morel on board to complete the team–, TABLEAU was created with the aim of breaking down the limited notions of classic floral design to raise it to the category of art. Iversen has no doubt: those who share his vision must be considered artists rather than floral designers or florists.
Every TABLEAU floral installation tells a story, hence the name of the studio itself – tableau – a word of Latin origin that means scenario or small scene and is clearly used in the sense of creating places that foster stories. These scenarios are minimalist in nature, featuring clean lines and the use of contrasts, as well as a taste for the monochromatic. TABLEAU’s style is obvious from the moment one enters their venue in Store Kongensgade Street, revealed in the grey concrete walls, cold LED lighting, striking blue vinyl floor and the pleasant combination of plants, flowers, design objects and art.
In addition to Julius Værnes Iversen and Katrine Morel, the core team at TABLEAU also includes Jonas Pejstrup and Marie Arnt, as floral designers, and Josephine Jein in Communication.

Madrid, 1974. Terabitia is the professional undertaking of a lifetime for Carolina Estévez. After working for more than twenty years in the transportation and logistics sector, Estévez decided to combine her years of education in humanities (social science, literature and languages) and in floral art (at institutions such as the Escuela Española de Arte Floral, Savia Bruta, New Skills Academy in the US and Kays Flowers School in Ireland) to create Terabitia Arte Floral.

Following the motto of using the language of flowers as a means of artistic expression, Terabitia stands out for its work in the design and set-up of decorative floral arrangements for events and backdrops in film, TV and advertising, with customers such as Amazon Prime Video, Netflix and Mediapro.

Terabitia is defined as an editorial florist: “We tell stories with our pieces of floral art, which are designed around that fascinating ‘click’ that happens when an idea pops up”, remarks Estévez. That ‘click’ is also what has led her to win our FLORA Festival Patio Talento 2021 call for proposals, which aims to discover the newest talents in floral art.

Belgium, 1974. Through his famous lectures, workshops for professionals and students and articles in numerous publications, Tom de Houwer takes a holistic approach to floral art: a comprehensive mission that starts with the discovery of the personal essence, which is then transferred into his designs. The outcome of this vision is a successful symbiosis of perfection and authenticity: beyond the spectacular appearance of his works lies an intimate search.

Those who know him well describe him as an authentic force of nature driven by creativity. All of this has led him to be considered one of the most talented floral designers today. Besides running a florist’s called Ambrosia, a 17th-century farm repurposed to focus on the latest trends in contemporary floral art, in his native Beerse, for more than twenty years now, De Houwer travels around the world teaching his techniques and concepts, from China to South Korea, Mexico, the Netherlands, France, Italy, the UK and many other countries.

Belfast, 1963. Floristry in the UK today cannot be understood without mentioning the name of Shane Connolly. Born in Northern Ireland, from an early age he felt attracted to horticulture, but it was not until he met the great Michael Goulding OBE that he decided to devote his life to floral art. In 1989 he created his own studio: Shane Connolly & Company.

A strong advocate of seasonal flowers grown in Great Britain, his work is striking for its organic approach: he chooses flowers for their intrinsic qualities and his designs manage to bring those traits out even more. His style is often described in a way that is apparently contradictory: extravagant and at the same time unpretentious. Perhaps the elegance that pervades all his creations is the unifying feature of his unique vision, which has led him to work throughout Europe and as far away as the United States, South Africa and India.

In the UK, he has decorated some of the most prestigious venues in the country, such as the Victoria & Albert Museum and the Royal Academy of Arts, both in London. His customer portfolio consists of leading companies and highly distinguished clients, with the British royal family at the very top of the list. He designed the bouquet and flowers at the wedding of HRH The Prince of Wales and HRH The Duchess of Cornwall in 2005 and was artistic director at the wedding of TRH The Duke and Duchess of Cambridge in 2015, creating what was quite possibly one of the most seen and most memorable botanical installations in recent years. That “forest” of maples and hornbeam inside Westminster Abbey, which were replanted after the ceremony, and the flowers gathered from the royal gardens, were unforgettable. And here lies another key to Connelly’s art: long before sustainability was the topic of endless op-ed articles, Shane was championing this movement in floristry. Fortunately, it is now an increasingly widespread concern in this field.