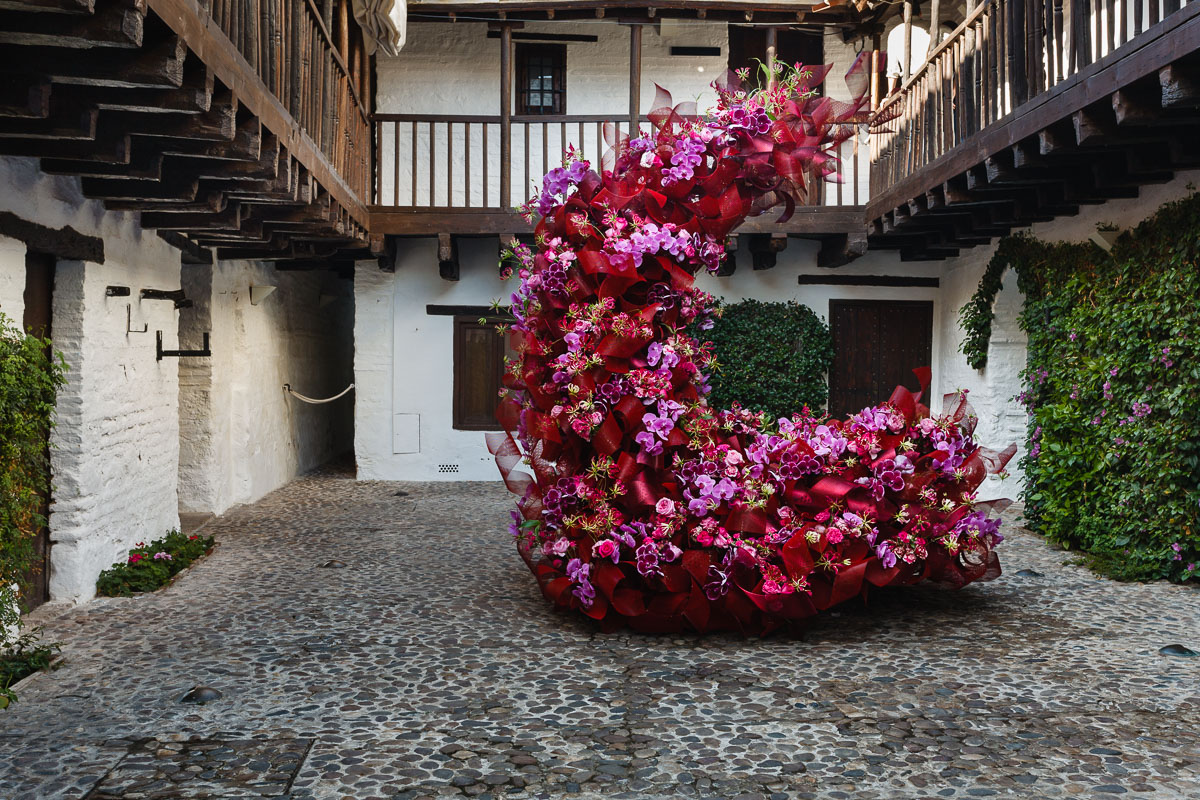 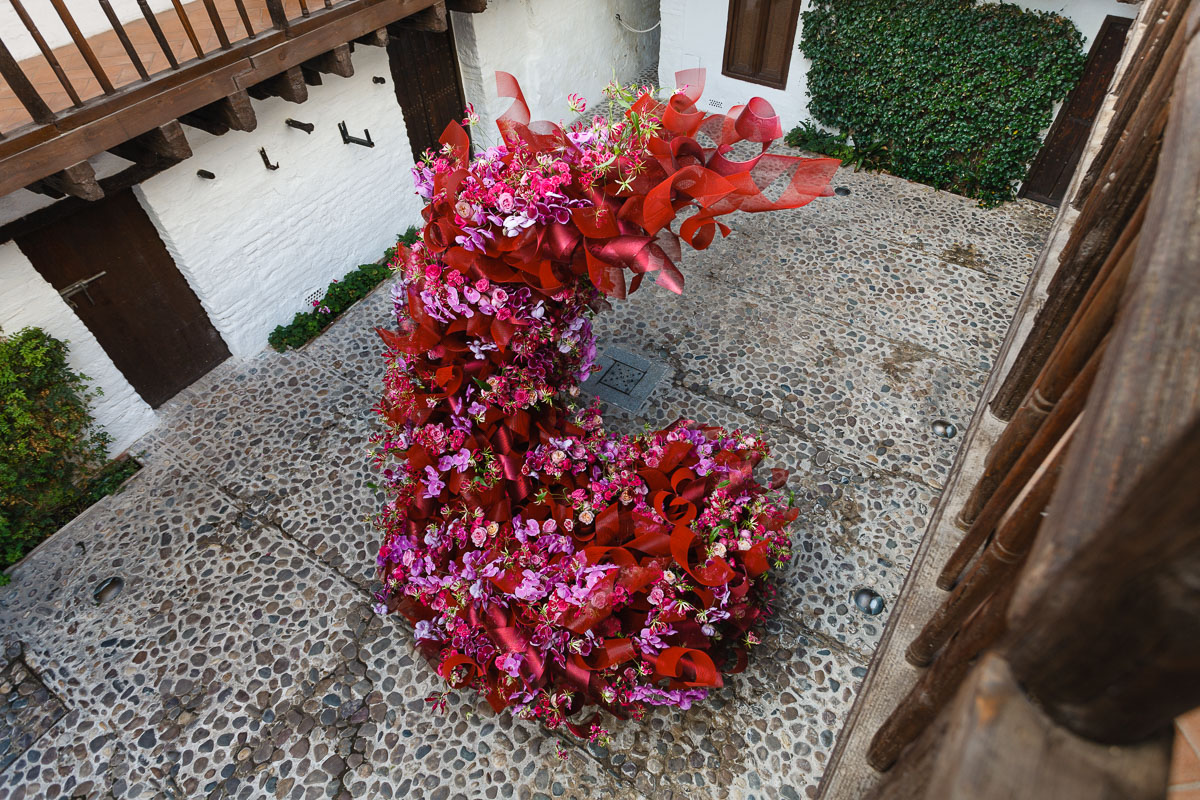 “When the flamenco dancer and her dress train, or bata de cola, become one, they merge in a catharsis of spirit and movement: what is this, if not paradise?” Lisitsa and Schultz, hypnotised by the iconic movement of the flamenco dress train, in a clear gesture to the Fosforito Flamenco Centre, use the powerful image of the Posada del Potro patio as a blank canvas to further emphasise the beauty of their installations. One icon framed within another. Duende, a state of passionate awakening. Floral art and flamenco.

Colouristic, cheerful and with a taste for the stunning, Natasha Lisitsa (Kiev, Ucrania, 1961) and Daniel Schultz (Nueva York, Estados Unidos, 1974), a couple from the United States, have filled more than 1500 weddings and other events with flowers and have created floral installations at museums such as the San Francisco Museum of Modern Art and the de Young Museum. Their large-scale work is particularly impressive (some of their installations have weighed up to 1000 kg). Natasha, an engineer by training, contributes her knowledge of flowers in creating lively, intense stories (her style has been described as “exuberant ikebana”), while Daniel, an architect, is inspired by modern art and architecture to create new spaces and surprising structures. 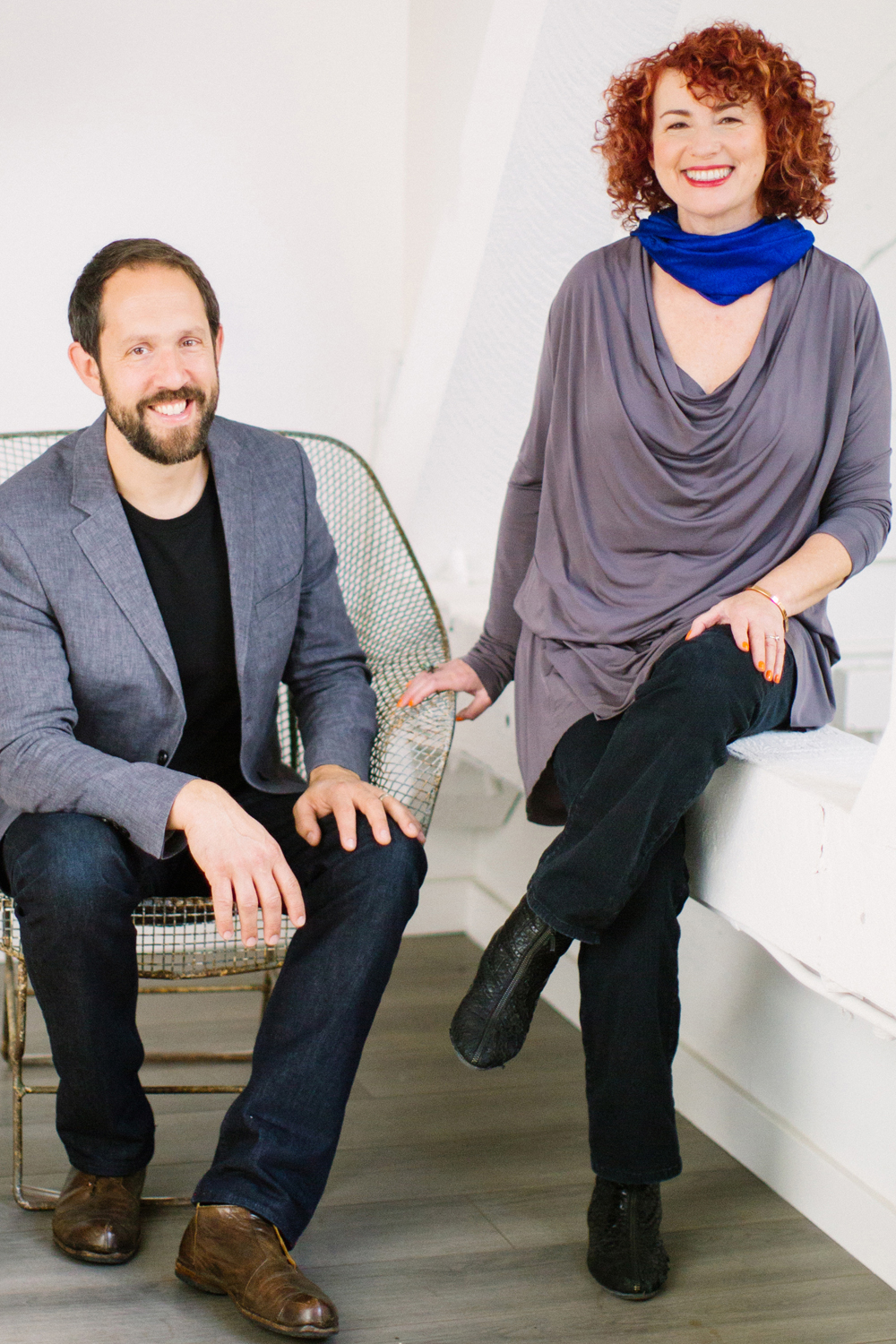 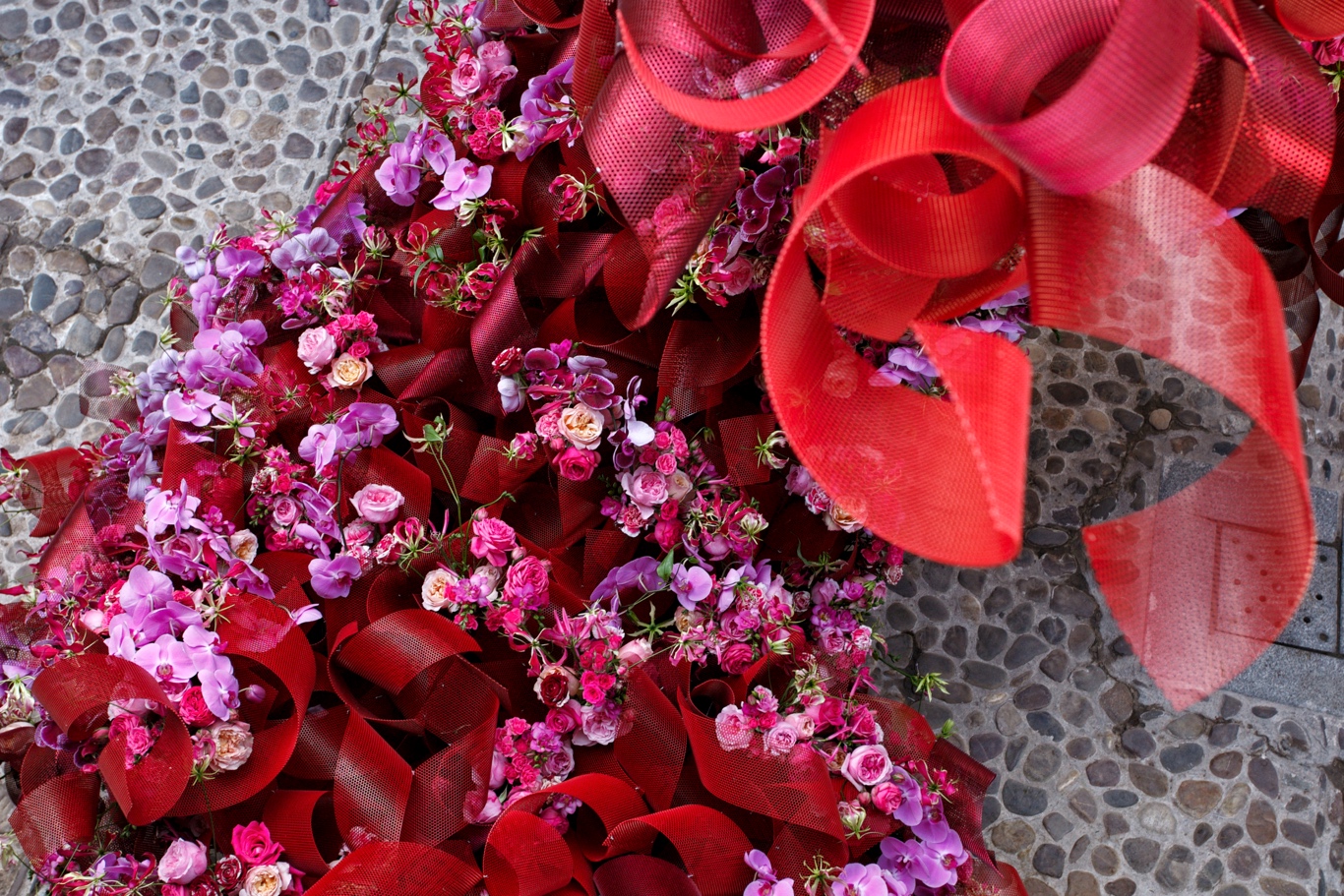 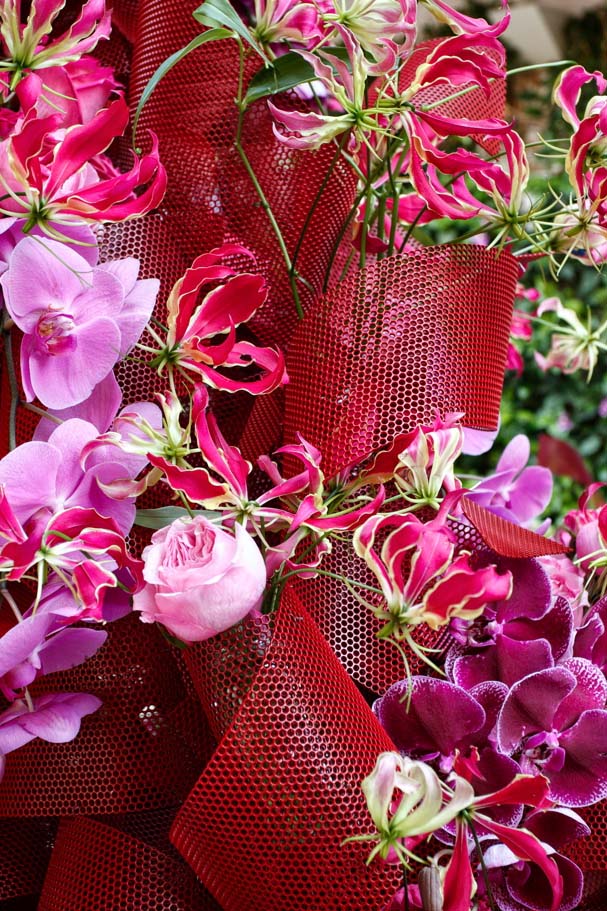 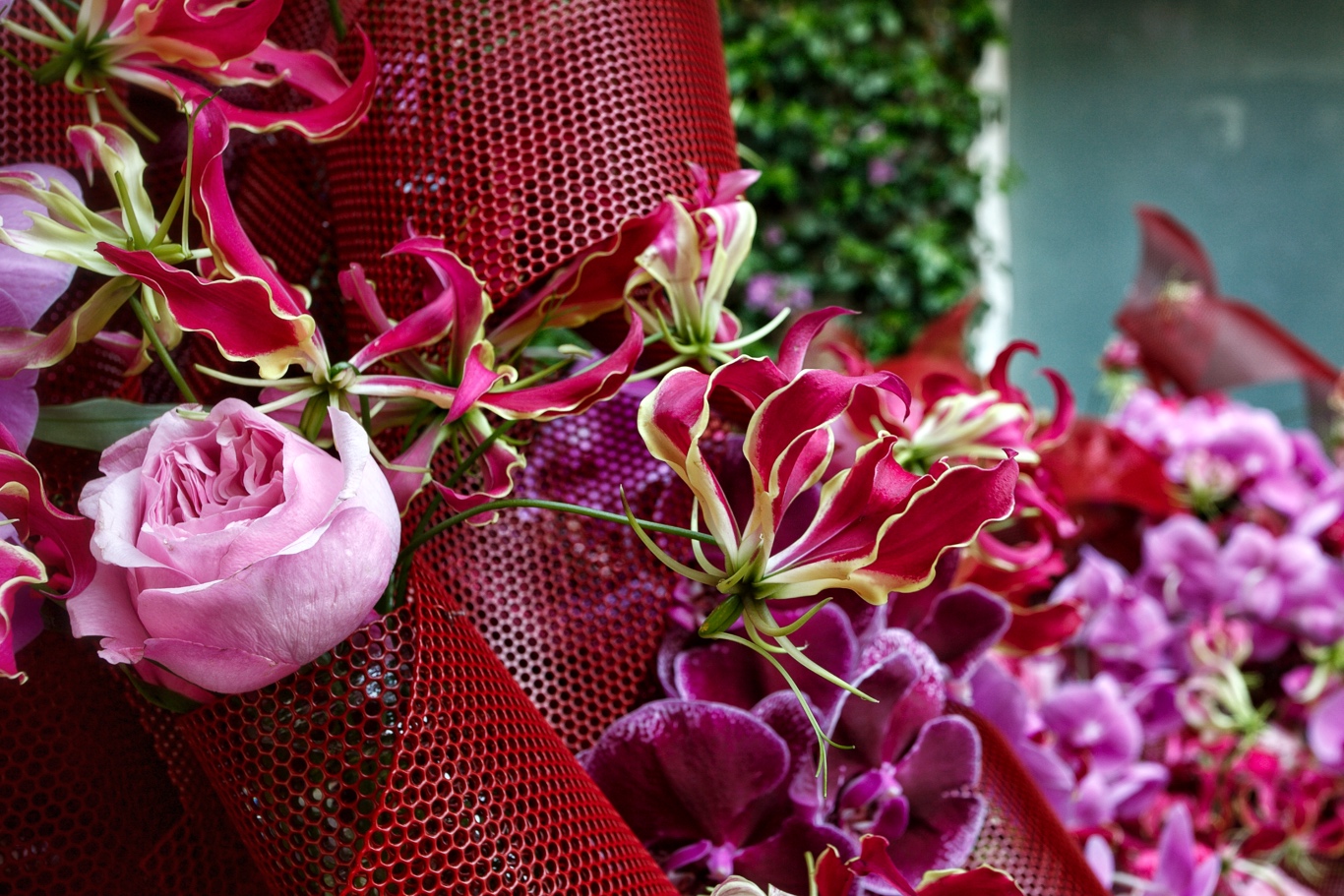