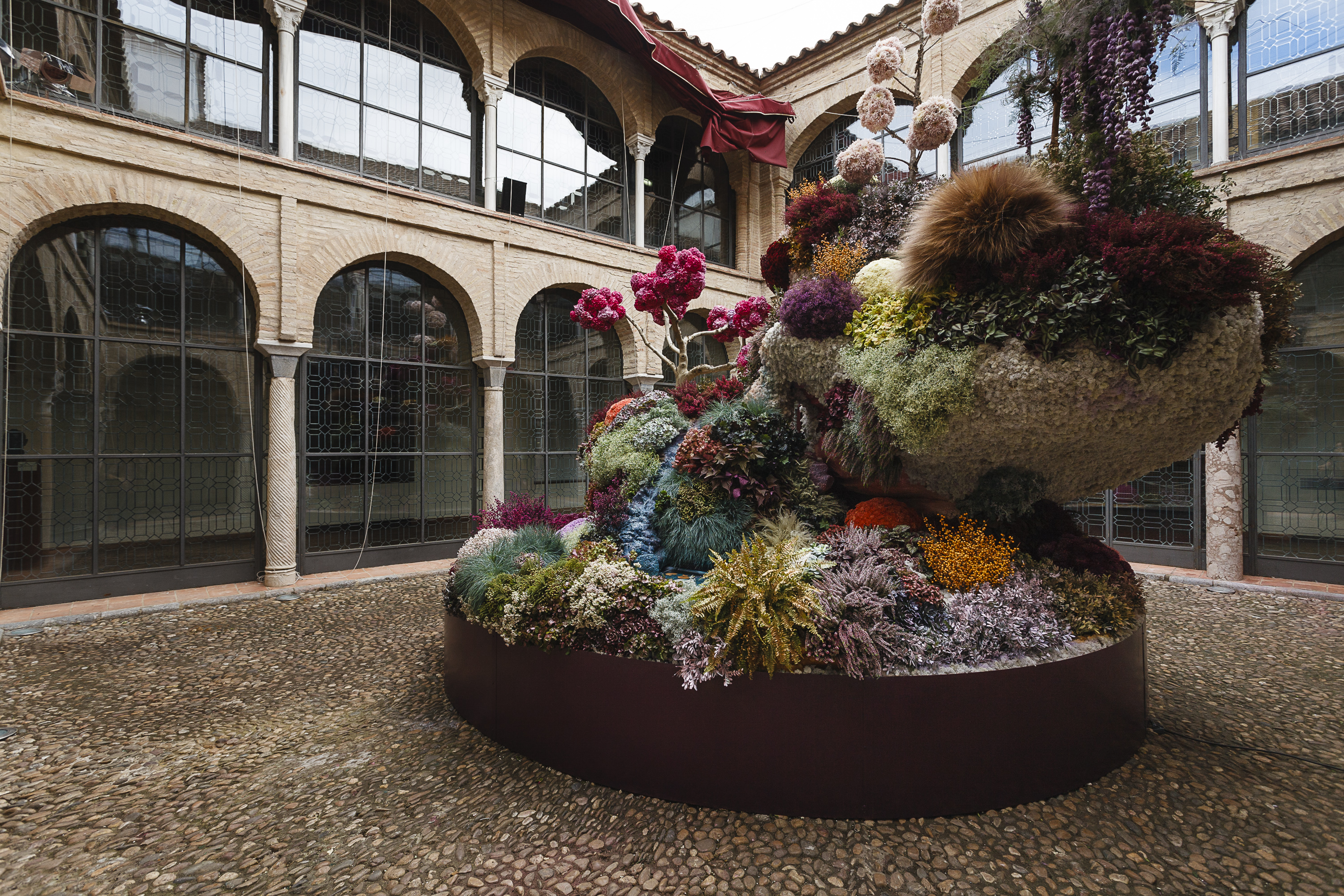 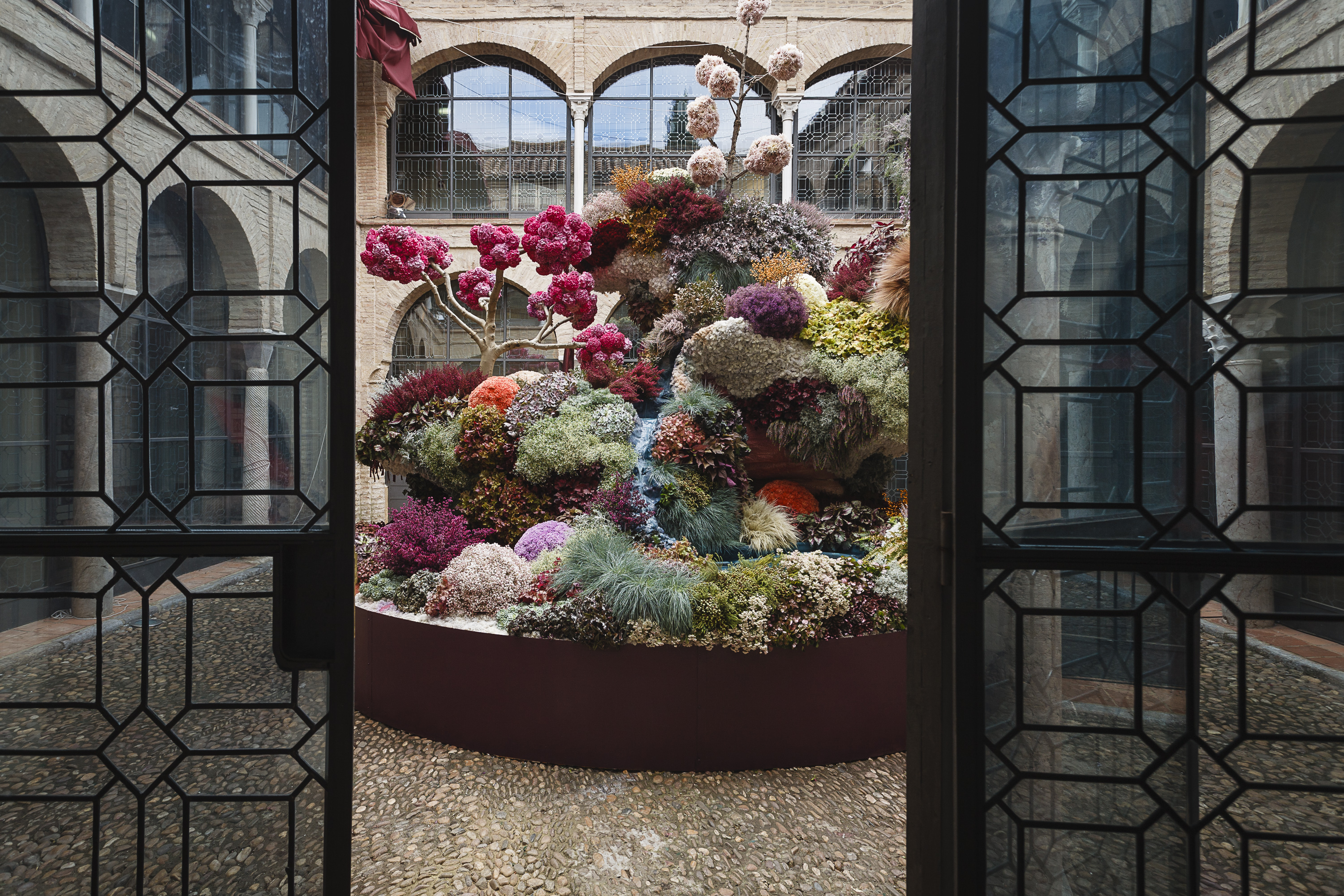 For Isabel Marías paradise is a dreamlike garden represented by a large model constructed of flowers, plants and moss. The power of beauty taken to its ultimate extreme (is that not what a flower is?). A visual feast. The realm of the senses. The windowed patio of the Bullfighting Museum reminds us for a moment of the flower bell jars of old that adorn the dreams of the nostalgic. An invitation to fantasise, in which we know where we begin, but we don’t know where we will end up.

She studied Fashion Design at the Escuela Superior de Diseño de Madrid and was fully devoted to fashion for several years, designing her own collection and working for designers such as Matthew Williamson, Juan Duyos and Sybilla. Yet she felt something was missing: flowers. She opened her first florist’s in 2010 and, under her signature Elisabeth Blumen line, currently works for labels and institutions such as Loewe, Balenciaga, Repsol, the Thyssen-Bornemisza Museum, the Sorolla Museum, MNCARS and Microsoft. She has been the creative director of LOEWE Flores since 2016. Her surprising colour combinations are part of her personal hallmark, which also features the concept of delicacy.

Music of the installation: original music by Agustín Peláez. 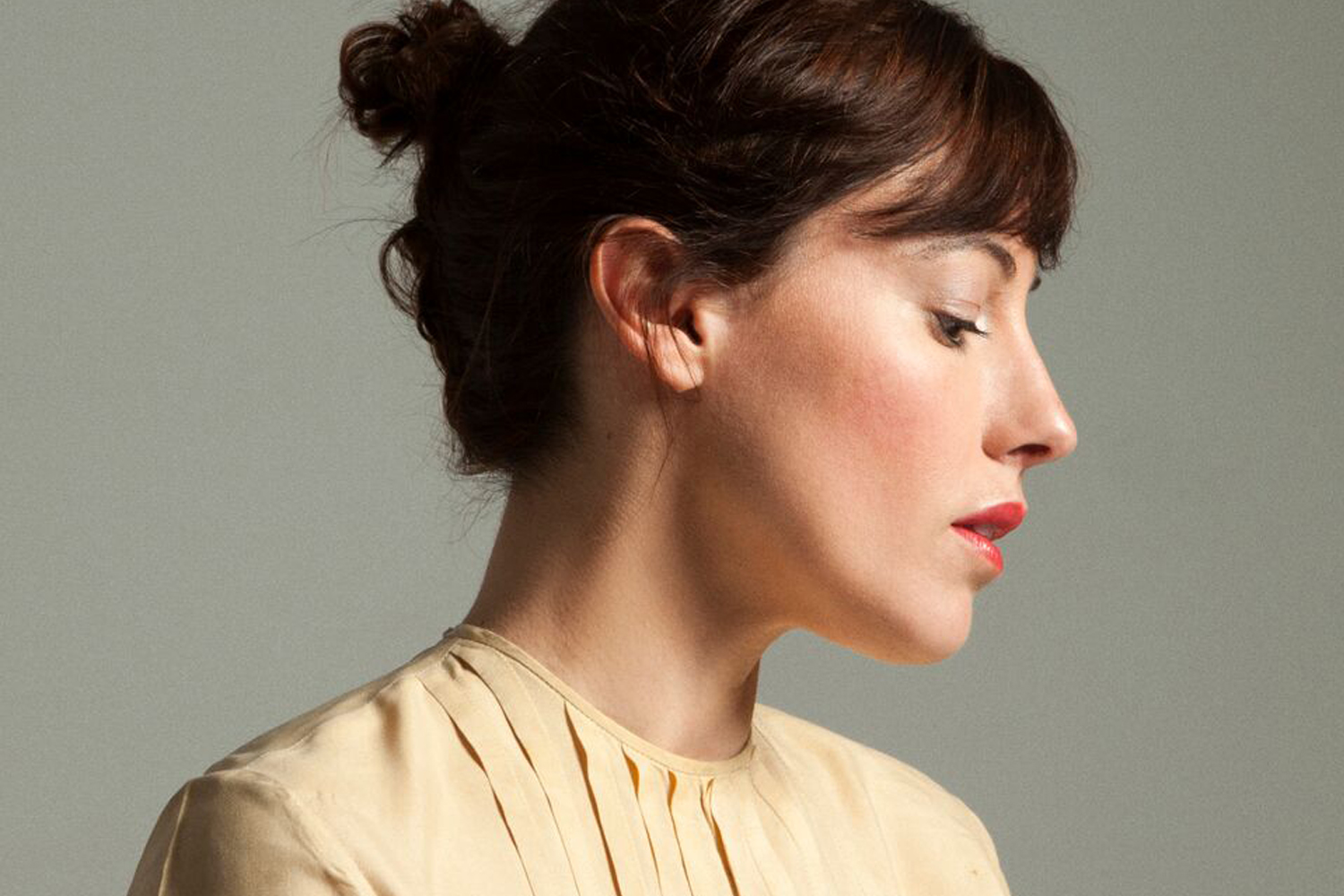 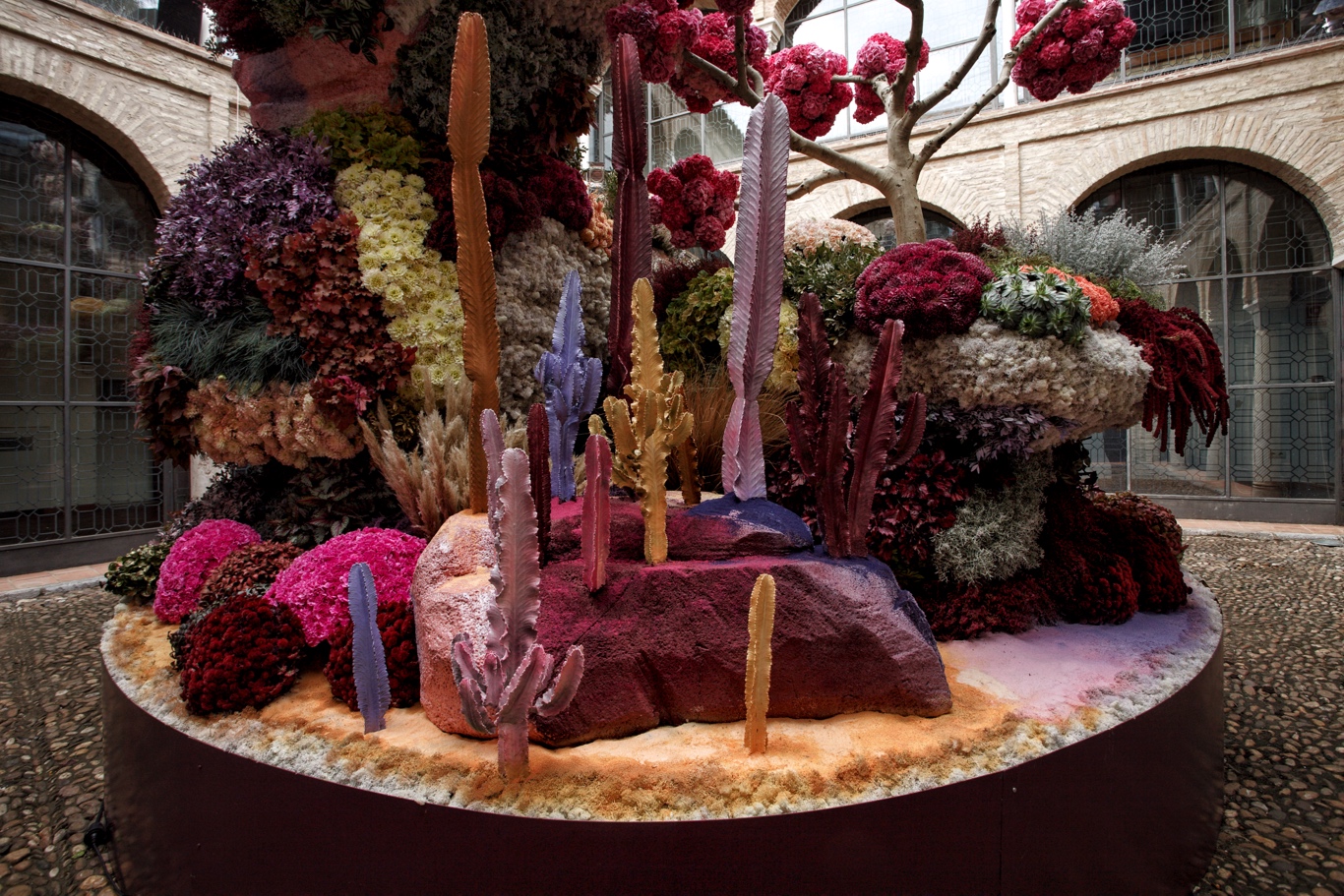 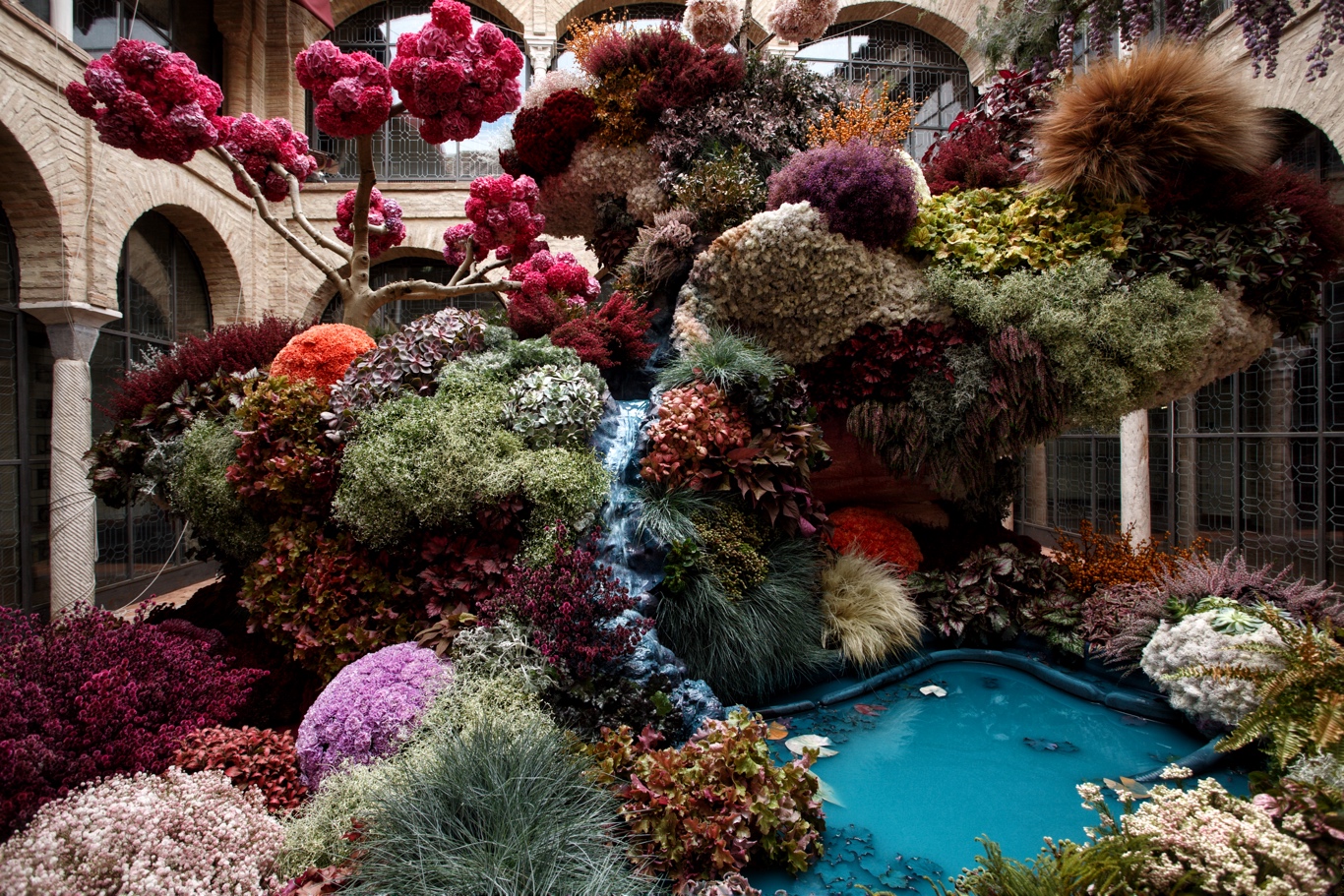 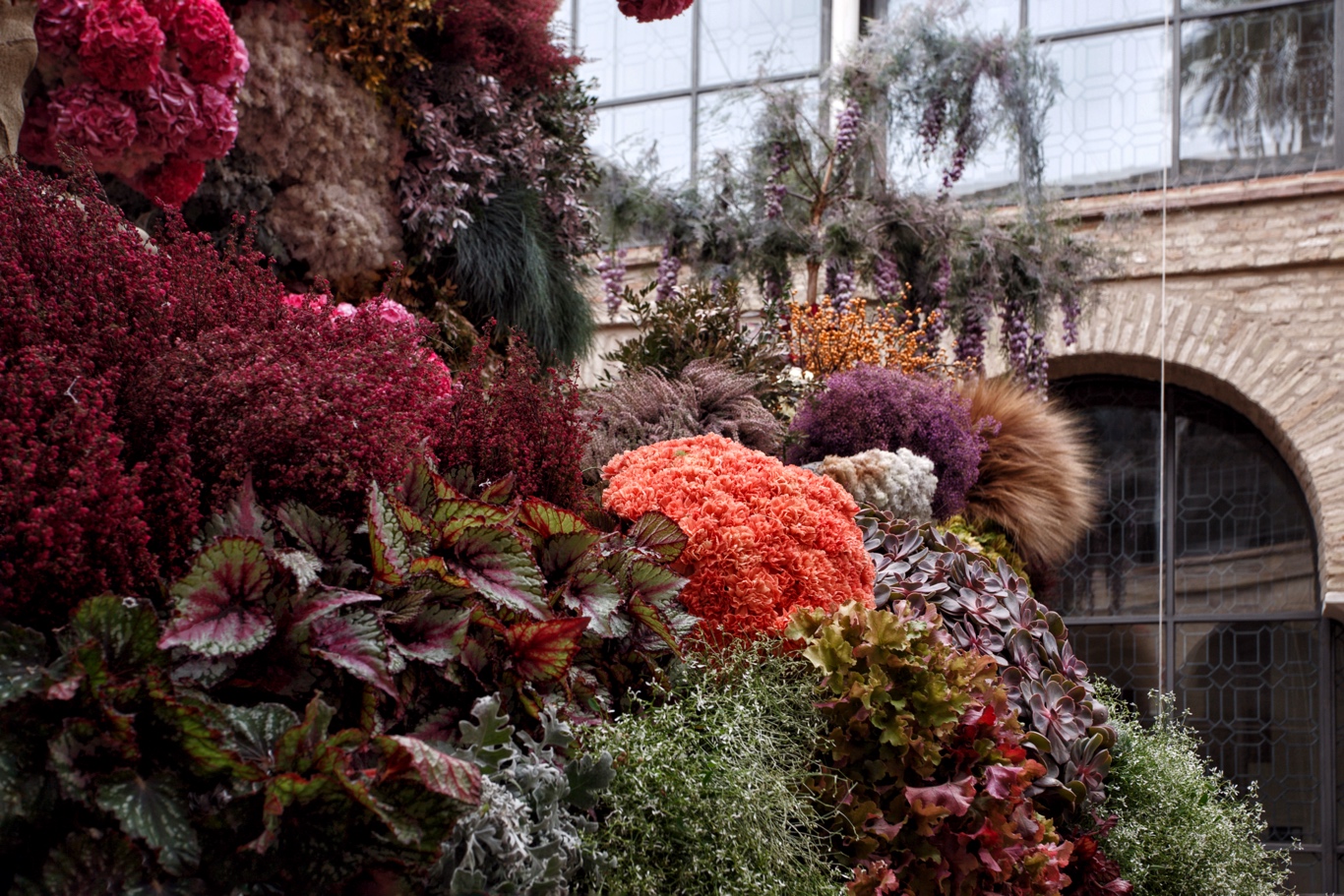